School success in athletics is one thing that drives school spirit. It is not the only thing, but when your team is victorious, it makes having school spirit more fun and enjoyable. The duo of Ashton Slaughter and JJ Willis do their part to keep the students and community of Owasso excited about their school.

Slaughter remembers one moment in his time at Owasso High School when the football team made history.

“There was nothing like rushing the field my freshman year when we won the Class 6A-1 state championship,” he recalled. “Not that the 2019 championship wasn’t special, but 2017 was when everyone knew Ram football had arrived, and it broke the school’s over fifty-year drought of not winning a state championship. After seeing powerhouses like Union, Broken Arrow, and Jenks consistently win year after year, it was crazy to see that be us.”

While he enjoys cheering on the various Rams athletic teams, Willis says that the students at Owasso succeed at a lot more than just sports.

“I love being a part of a school that is so full of gifted people,” he said. “Whether it be arts, academics, or athletics, Owasso has a lot of folks who have it on lock. And everyone supports one another.”

School spirit is important to both guys because of the unity it brings throughout the district, according to Willis.

“In a place where everyone has complicated relationships with one another and hormones are on rollercoasters like none other, the importance of having a common goal to unite behind can’t be overstated,” JJ Stated. “School spirit brings everyone together, even just for one night a week. It builds a real community.”

For Slaughter, the thought is you are only here once.

“You only get to go to high school once,” Ashton said. “So, why not pour everything you have into it. Especially when your school is as successful as Owasso.”

Both Ashton and JJ are members of the Class of 2021 and while they have enjoyed their time as students at Owasso, they both know that the school has a lot of bright days ahead.

“I will definitely miss being a student here,” Willis said. “But I look forward to seeing all the wonderful people that Owassso churns out over the next few years.” 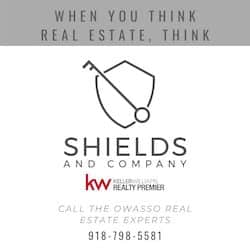